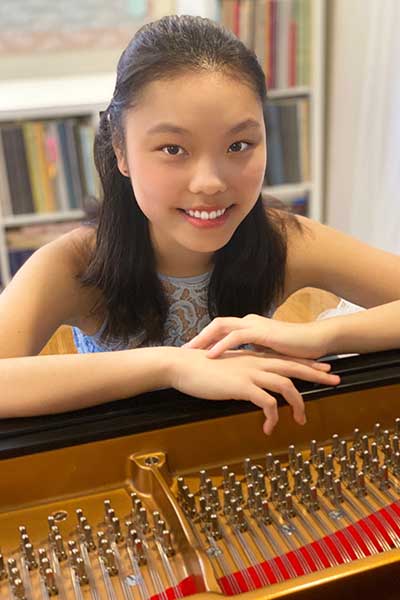 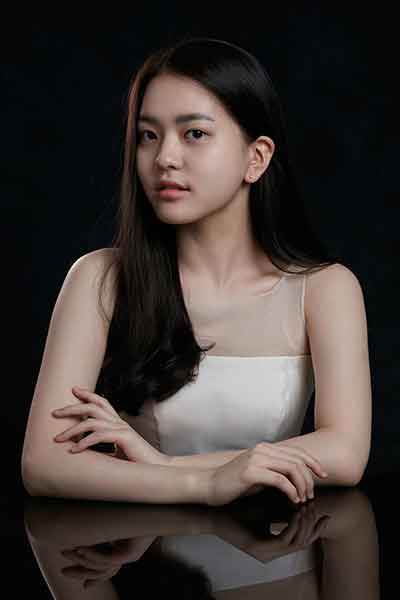 Born in Seoul, South Korea, Jinyoung Kweon began piano studies at the age of 7. She is currently an 11th grader at Walnut Hill School for the Arts in Massachusetts, studying under HaeSun Paik at the New England Conservatory of Music since 2020. The winner of the 2022 Boston Symphony Orchestra Concerto Competition, she was awarded the First Prize at the 2021 Minnesota International e-Piano Junior Competition. She received the Second Prize at the 2018 Ettlingen International Piano Competition in Germany, and was invited to the Hilton Head International Piano Competition the following year. She has also won first prizes at many prestigious competitions in Korea. Recently, she performed at Jordan Hall of the New England Conservatory of Music as part of the prestigious “First Monday at Jordan Hall” and “NEC Composers: Piano Music by NEC Alumni and Faculty” concert series. In addition to a solo recital at the 2021 Parish Center of Arts Piano Series, she has participated in internationally recognized festivals including the 2021 Morningside Music Bridge and the 2019 Kirishima International Music Festival. She has also had various performances and multiple recitals in her country over the past eight years, such as Kumho Here & Now 20th Anniversary Concert, Korean Chamber Orchestra Prodigy Concert, Kumho Prodigy Concert Solo Recital, and Korea Young Artist Solo Recital. This coming May, she will perform as a soloist with the Boston Symphony Orchestra at Symphony Hall as part of the 2022 BSO Family Concert.
Back to Top 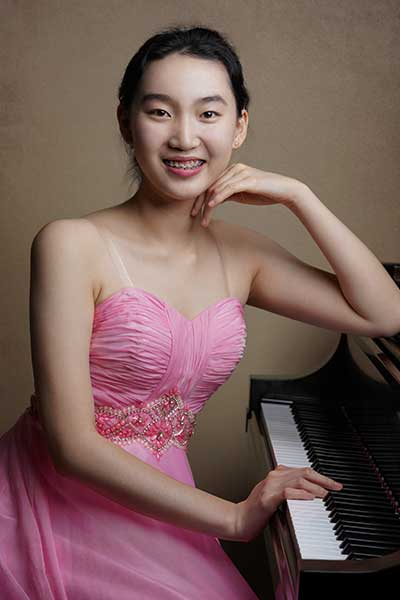 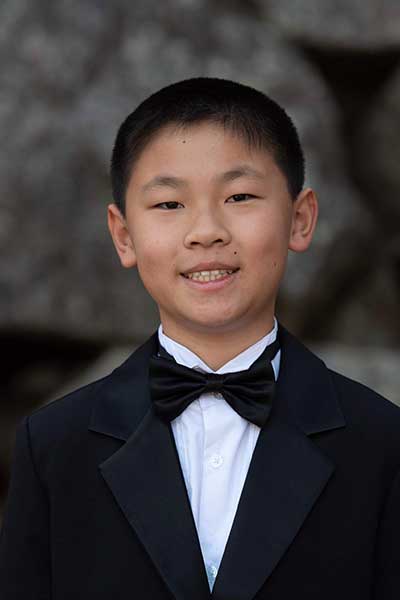 Nathaniel Zhang, 15, started learning piano at the age of five and presented his first piano solo recital at the age of 10. He made his orchestral debut with the Florence Conservatory Orchestra at Music Fest Perugia, Italy. He will be performing with the Philharmonia Northwest in May 2022, and he will perform with the Seattle Symphony and Auburn Symphony in the 2022-2023 season. Nathaniel was the 1st place winner of the 2018-2019 National MTNA Junior Performance Competition and Chopin Award, 2019 Waring International Junior Solo Competition and Junior Concerto Competition. In 2021, Nathaniel participated in the Gina Bachauer International Junior Piano Competition. He won 2nd place of Arthur Fraser International Piano Competition, 5th place of Young Artist category of the International-Piano-E Junior Competition, and 2nd place of San Jose International Piano Competition. Nathaniel loves sharing music with all ages and enjoys public performance. He played piano for first-graders in elementary school. His story was featured on ABC World News Tonight with David Muir, segment “America Strong”. Nathaniel also enjoys playing chamber music and regularly performs at the “Rising Stars of Chamber Music” concerts. He is a student of Dr. Sasha Starcevich.
Back to Top 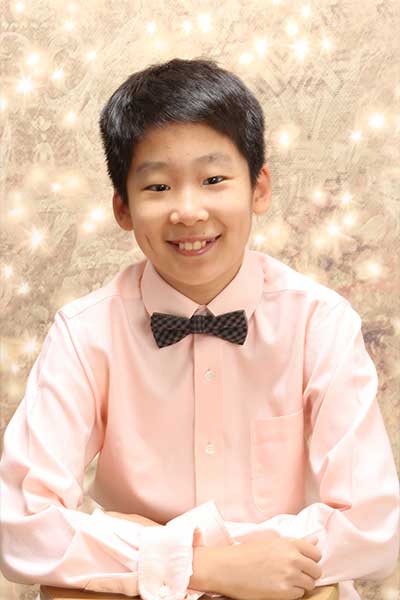 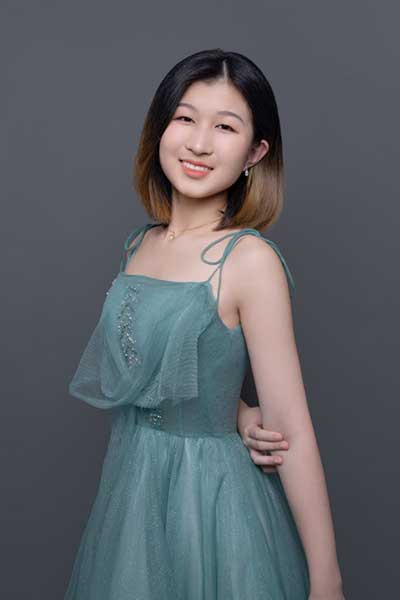 Elsie Lu began studying piano at the age of five with Rada Bukhman and immediately adored classical music. Currently a pupil of Dr. Sasha Starcevich, Elsie is eager to continue to explore and pursue music as her career. As a winner of the American Protégé, Elsie attained the opportunity to perform in Carnegie hall at the age of nine. She won 1st place at 2021 Canadian Music Competition, platinum prize at Grand Metropolitan Competition, 3rd of professional category at Chicago International Competition and special mention of Young Euregio Competition. She’s gold medalist at US Northwest Chopin Festival, 2nd of 6th NW Ensemble Competition and Steinway Junior Competition. Most recently Elsie was the winner of concerto division of 50th SYAMF, and the receiver of Fazioli Trophy at CDMF festival. Elsie appeared with various orchestras including Bruensis Virtuosi, MusicFest Perugia and Bellevue Symphony. The festivals she attended gave her opportunities engage in workshops and masterclasses with the renowned professors such as Robert McDonald, Alexander Braginsky, Ursula Oppens, Boris Slutsky, Arthur Greene etc. Elsie enjoys exploring all mediums of art. Her poems were published in the book Intuition, and her paintings were published in the music collection book “The Magic Link” (by Rada Bukhman).
Back to Top 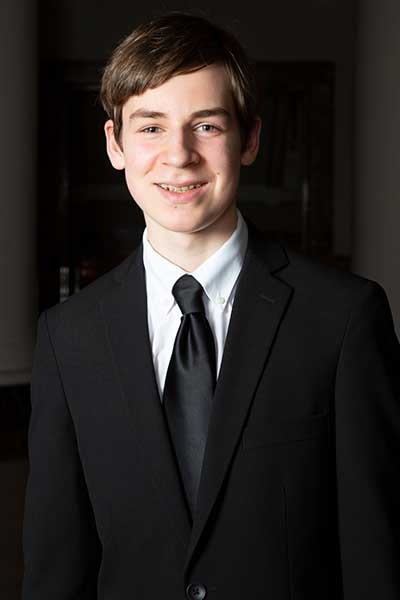 Luke Turner, 18, is from Birmingham, Alabama. Since 2015, he has been a Myra Jackson Blair Scholar at Vanderbilt’s Blair Academy, where he studies with Dr. Heather Conner. He is a two-time MTNA National Finalist and a two-time first prize winner in the Lois Pickard Concerto Competition, sponsored by the Alabama Symphony. He is a 2021 YoungArts Winner and a 2020-21 Chopin Foundation Scholarship Recipient. Most recently, Luke won First Prize in the 2022 Emory Young Artists Piano Competition. He was named a 2021-22 From the Top Fellow and will perform on an upcoming episode of the show. He won Grand Prize in the 2021 Nashville Philharmonic Concerto Competition and received second prize in the 2021 LaGrange Symphony Orchestra Concerto Competition. Luke performed with the Nashville Symphony in May 2019 after winning Grand Prize at the Curb Concerto Competition and soloed with the Curb Youth Symphony in December of that year. Also in 2019, Luke was a participant in the Cliburn International Junior Piano Festival and won third prize in the 2019 Lee University International Piano Competition. He has performed in masterclasses for renowned artists, including Norman Krieger, Marina Lomazov, Joseph Rackers, and Peter Frankl.
Back to Top 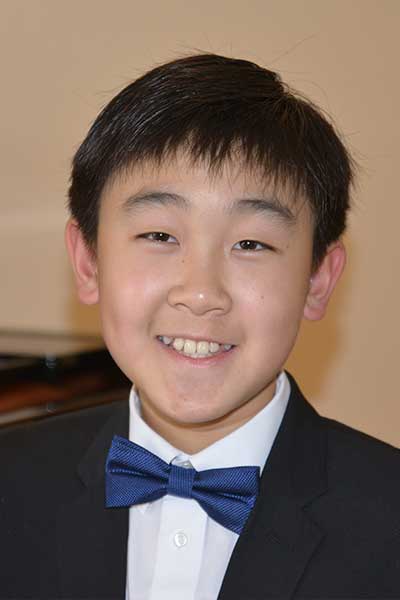