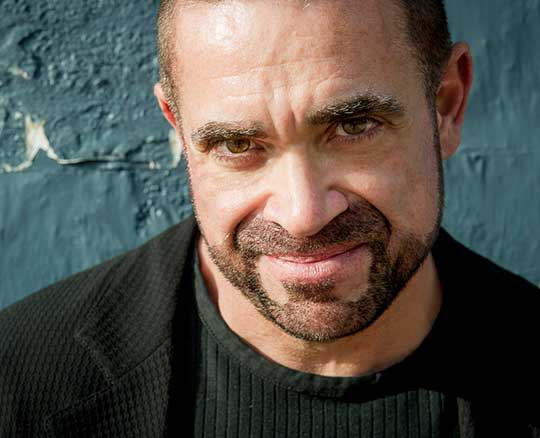 ANTHONY DE MARE is one of the world’s foremost champions of contemporary music, known for entrepreneurial performance projects that expand the repertoire and the audience for contemporary music, including the speaking-singing pianist genre that he pioneered over 30 years ago with the premiere of Rzewski’s De Profundis. Praised time and again by The New York Times, his versatility over the past three decades has inspired the creation of over 90 new works by some of today’s most distinguished artists including Steve Reich, Jon Batiste, Christopher Cerrone, Stephen Hough, Meredith Monk, Paola Prestini, Kevin Puts, Mason Bates, Max Richter, Wynton Marsalis, Nico Muhly, Fred Hersch, Ethan Iverson, and Andy Akiho, among many others.

His most recent project, Liaisons: Re-Imagining Sondheim from the Piano, celebrates the music of Stephen Sondheim through the commissioned re-imaginings of composers from across the musical spectrum. The first 36 pieces in the collection were recorded by de Mare on the New Series label for ECM Records, engineered by Judith Sherman, and was cited on numerous “Best Of” lists. The San Francisco Chronicle declared that “this irresistible new CD set — is a little short of breathtaking … many of the composers give de Mare plenty of opportunities for virtuoso showing off — which he grabs with gusto. The whole undertaking is a triumph.”

In 2020, in honor of Sondheim’s 90th birthday, de Mare extended the Project with 14 new commissions under the title Liaisons2020, bringing the total compendium to 50 new works. De Mare continues to perform the works in concerts around the world.

The breadth of de Mare’s programming – from traditional classical and jazz venues to theaters, museums, and nontraditional spaces – speaks to his versatility and virtuosity, as do his performances spanning five continents and his discography of over twenty recordings including works by Ives, Cowell, Harrison, Cage, Meredith Monk, Rzewski, Del Tredici, and Piazzolla, among others. Since his debut with Young Concert Artists, his accolades and awards have included First Prize and Audience Prize at the International Gaudeamus Interpreters Competition (The Netherlands) and The International Contemporary Piano Competition of Saint-Germain-en-Laye (France).

A Steinway Artist, he is currently Professor of Piano at Manhattan School of Music. He is a faculty member at the Mostly Modern Festival in Saratoga Springs, NY each summer, and has also served as new music curator for the Sheen Center for Thought and Culture in NYC.