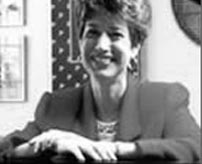 Professor of Piano and Piano Pedagogy,
University of Oklahoma

Dr. Jane Magrath is well known as an author, clinician, and performing pianist. Her book The Pianist's Guide to Standard Teaching and Performance Literature has become a classic reference work for pianists throughout the country, and Magrath's work in the area of the standard classical teaching literature has been central to the current revival of interest in this music throughout the U.S. She currently has more than thirty volumes published with Alfred Publishing. Her music editions are used widely throughout the U.S. and abroad.

Magrath is frequently in demand as a clinician and teacher, and during the last twenty years has performed and given presentations in over forty states including Alaska, and in Great Britain, Norway, Australia, New Zealand, Belgium, Switzerland, Malaysia, and Singapore. Her workshops and master classes have drawn international acclaim. Magrath has served as Piano Coordinator for National Conventions of Music Teachers National Association and given presentations at MTNA national conventions, the European Piano Teachers Association Conference, the National Conference on Piano Pedagogy, the World Piano Pedagogy Conference and at many state MTNA conventions. Her articles have appeared in all of the major piano journals. For many years she contributed New Music Reviews to Clavier and she currently serves as an editor for the Piano Pedagogy Forum.

The University of Oklahoma presented her with the Regents' Award for Superior Teaching as well as the Associates' Distinguished Lectureship Award on two occasions. Her students have won numerous prizes and competitions. She recently received the first MTNA/Frances Clark Keyboard Pedagogy Award for an Outstanding Contribution to Piano Pedagogy.