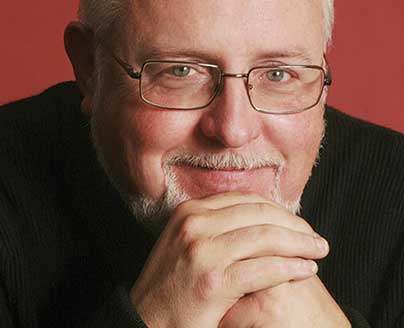 While still a student at Peabody Conservatory, Julian Martin began a career that has taken him to major halls around the globe. Endorsements have followed from the world press, from Buenos Aires, Caracas, and Los Angeles to Florence, Moscow, and Tokyo. A native of Alabama, Martin received his early training from Beverly Gibbons and conductor Vernon Raines. He continued his studies at Peabody where he studied with Leon Fleisher. He also worked supplementally with Guido Agosti, Robert Casadesus, and Nadia Boulanger.

Martin's concert roster has long been characterized by a broad versatility. He has introduced new works of composers Stephen Albert, Richard Rodney Bennett, George Crumb, and Mario Davidovsky to audiences on four continents. Two works for solo piano were written expressly for him by Edward Barnes. He has been highly praised for his fortepiano collaborations, on period instruments, in chamber music of Beethoven, Mozart, Schubert, and Brahms. With major prizes from Casadesus (Cleveland), Kapell, Bachauer, and Montevideo International Competitions in close succession, Martin's career was launched in the mid-1970s. In 1982 he was awarded the Jury Prize for Accompanying in the Tchaikovsky International Competition (Moscow), subsequently appearing in concerts widely telecast throughout the former Soviet Union and Eastern Europe.

Martin has recorded with the late violinist Berl Senofsky on the Cembal d'Amour (Historic Series) label. He was an original member of the advisory and adjudication committee for the Gilmore International Piano Festival in Kalamazoo. He has served as a juror for the 1996 Montreal International Piano Competition, Virtuosi of the Year 2000 in St. Petersburg, the American Pianists Foundation in Indianapolis, and the 2005 Jaén International Competition in Spain.

In recent years he has presented master classes throughout the U.S. as well as in Canada, Venezuela, Columbia, Uruguay, Japan, Korea, Taiwan, England, and Spain, Wurzburg, the Glenn Gould School in Toronto, the Conservatoire de Geneve, and Conservatoire Tibor Varga in Switzerland. In 1999, in collaboration with conductor Oliver Diaz, he founded and is currently artistic director of the New Millennium International Piano Festival in Gijon, Spain (Asturias). After teaching at Oberlin Conservatory for six years, Martin joined the faculty of Peabody Conservatory in 1987. He was appointed to The Juilliard School in 1999 where he currently maintains a full-time position in addition to his Peabody post.