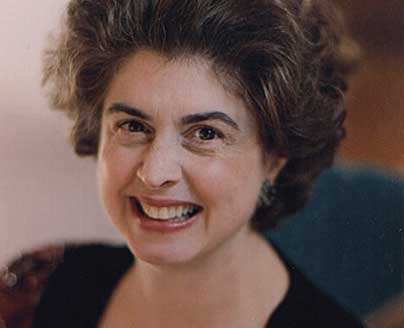 About Ann Schein, The Washington Post has written, "Thank heaven for Ann Schein... what a relief it is to hear a pianist who, with no muss or fuss, simply reaches right into the heart of whatever she is playing – and creates music so powerful you cannot tear yourself away". From her first recordings with Kapp Records, and her highly acclaimed Carnegie Hall recital debut as an artist on the Sol Hurok roster, Ann Schein's amazing career has earned her high praise in major American and European cities and in more than 50 countries around the world. Since her debut in Mexico City in 1957 when she performed both the Rachmaninoff 3rd Concerto and the Tchaikovsky B-flat Concerto, she has performed thousands of concerts on every continent.

She has performed with conductors including George Szell, James Levine, Seiji Ozawa, James dePreist, David Zinman, Stanislaw Skrowacewski, and Sir Colin Davis, and with major orchestras including the New York Philharmonic, the Philadelphia Orchestra, the Los Angeles Philharmonic, the Baltimore Symphony, the Washington National Symphony, the London Philharmonic, the London Symphony, and the BBC Symphony Orchestra. Over her many years performing in London, she appeared repeatedly in the Promenade Concerts in Albert Hall, including several Last Nights, when favorite soloists are invited to perform. In 1963 she was invited to perform at the White House during the Kennedy administration.

In 1980-81, Ann Schein extended the legacy of her teachers, Mieczyslaw Munz, Arthur Rubinstein, and Dame Myra Hess performing 6 concerts of the major Chopin repertoire in Lincoln Center's Alice Tully Hall throughout an entire season to outstanding reviews and sold-out houses, the first Chopin cycle presented in New York in 35 years.

From 1980-2001 she was on the piano faculty of Peabody Conservatory, and since 1984 she has been an Artist-Faculty member of the Aspen Music Festival and School.

During the 2008-09 she served as a Visiting Faculty member at Indiana University. From 2007-2010, she was on the jury of the Irving S. Gilmore Keyboard Festival, culminating in the prize going to Kirill Gerstein as the winner of the 2010 Gilmore Artist Award.

In 2010, she performed concerts and gave master classes in Beijing and Korea, followed by a month's tour in 2013 in Hong Kong, Korea, and Singapore. In December of 2012, Peabody Conservatory honored her with a Distinguished Alumni Award, and she gave a recital in celebration of the event.

In 2013, she performed the 3rd Rachmaninoff Concerto in Brazil, and served on the jury of the International Piano Competition in Panama. In 2013 and 2014, she was a judge for many competitions in the U.S., including Astral in Philadelphia, the Nadia Reisenberg Piano Competition at the Mannes School in New York, and multiple piano competitions at Juilliard and the Manhattan School.

Ann Schein has received many distinguished honors for her Chopin performances, beginning with her first recordings in 1958 for Kapp Records. In a special survey of outstanding Chopin recorded performances during the bicentennial of Chopin's birth in 2010, entitled "A Century of Romantic Music", Gregor Benko and Ward Marston cited her performances of Chopin stating in her biography, "Ann Schein was trained in her native United States, where she studied with both Mieczyslaw Munz and Arthur Rubinstein. Her first recordings, made when she was 18 and 19, established her as one of the premiere Chopin pianists of our time."

Her recent recordings include and album of Schumann for Ivory Classics, an all-Chopin recording of the Opus 28 Preludes and the b minor Sonata, Opus 58 for MSR Classics. An all-American album, also for MSR Classics, includes the 1945-46 Elliott Carter Piano Sonata and the Piano Variations of Aaron Copland, as well as a work written for her by double bass and guitar artist, Grammy Award winner and jazz great, John Patitucci, entitled "Lakes".

A recent book written by the music critic for the Washington Post, author and musicologist, Cecelia Hopkins Porter, entitled, "Five Lives in Music: Women Performers, Composers and Impresarios from the Baroque to the Present" features Ann Schein as the 20th Century artist. She gave a recital in May of 2014 at the National Gallery of Art in Washington, D.C., the fifth in a series of five concerts and lectures by Cecelia Porter in honor of her book. Also in May 2014, together with her husband, violinist Earl Carlyss and cellist Darrett Adkins they performed an evening of Ravel and Debussy at the French Embassy in Washington, D.C. in commemoration of the 100th Anniversary of the First World War. Other 2014 performances included concertos of Chopin and Rachmaninoff in Harrisburg, PA and Purchase, NY as well as many recitals, lectures, and master classes across the U.S.