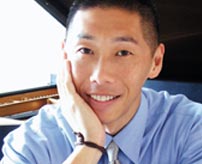 Praised by the Boston Globe as "one of the finest pianists active in America", Tian Ying, winner of many prestigious awards, including high honors at the Eighth Van Cliburn International Piano Competition in 1989, has become well known for his eloquent, poetic, dramatically intense performances. With his reputation for unusually searching and profound interpretations played at the highest level of virtuoso accomplishment, Ying has earned a distinguished place among today's most exciting, original and accomplished artists of his generation.

Tian Ying has appeared with numerous orchestras, such as the Rochester Philharmonic, Louisville Orchestra, Chicago Sinfonietta at Orchestra Hall, symphonies of Atlanta, Fort Worth, Toledo, Columbus, Colorado, Hartford, Jacksonville, Spokane, Oakland, Madison, Wichita, Ann Arbor, Shanghai, and Hong Kong Philharmonic, among others. Solo recitals have taken Tian Ying across North America, Europe, and from Casablanca to Seoul, and he frequently conducts master classes in universities and colleges around the country.

During the 2001-02 season alone, Tian Ying performed 9 different concerti with orchestras across the US. The Boston Globe chose Tian Ying’s 1993 Bank of Boston Celebrity Series concert as one of the Top Ten in classical music events. There have been many articles written about Tian Ying, including profiles in The New York Times, Christian Science Monitor, and People Magazine.

With the release of Tian Ying's 2007 solo album on Centaur Records, AllMusic wrote: "Don't let the hushed opening bars of the "Appassionata" fool you: pianist Tian Ying is a first-rate virtuoso and a grade-A showman who plays Beethoven with the kind of power and panache that most pianists bring to bear on Liszt. For some listeners, Ying's nervous intensity and agitated tempos may recall Horowitz, while his astoundingly clean textures and astonishingly clear colors may remind others of Brendel, yet Ying is ultimately his own man with his own interpretation and he tears into the "Appassionata" with a barely restrained frenzy but complete technical control..." "...for sheer super virtuoso thrills, few pianists can match what Ying does with the Toccata, and his recital is well worth hearing for that alone.”

Tian Ying is currently chair of the Keyboard Performance Department at the prestigious Frost School of Music at the University of Miami in Coral Gables, Florida.