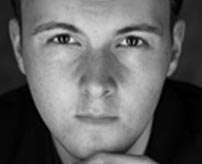 In November of 2007, Mr. Zuber made his New York debut, performing a solo recital at Carnegie Hall¡¯s Weill Recital Hall. Eric has performed solo recitals in such venues as Shriver Hall, the Kennedy Center¡¯s Terrace Theatre, Strathmore Hall in Washington D.C. and others. He has also performed on the prestigious Rising Star Recital Series for the Gilmore Foundation.

Mr. Zuber has made appearances with the Baltimore Symphony, South Bend Symphony, Peabody Symphony, Aspen Concert Orchestra, Hilton Head Symphony, and the New Millennium Festival Orchestra in Gijon, Spain among others. In addition, he has had the opportunity to work with some of the most renowned teachers in the world including John Perry and Yoheved Kaplinsky at the Aspen Music Festival, Jerome Lowenthal at the Music Academy of the West, Julian Martin and Robert McDonald at the New Millenium Piano Festival and Arie Vardi at the Bowdoin Music Festival.

Eric holds a Bachelors degree from the Peabody Conservatory, and a Performance Diploma from the Curtis Institute of Music where he studied with renowed pianists Leon Fleisher and Claude Franck. Mr. Zuber returned to Peabody in the fall of 2007 to pursue an Artist Diploma with his long-time teacher and mentor Boris Slutsky.