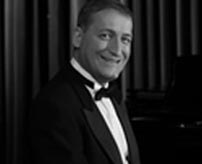 Douglas Humpherys was the Gold Medalist at the inaugural Gina Bachauer International Piano Competition. Since then, his performance career has taken him across Asia, Europe, and North America. During recent years, he has performed solo concerts in many of the major cities of Asia, including Beijing, Cheng-Du, Chonqing, Dalian, Guanzhou, Hong Kong, Kaohsiung, Seoul, Shanghai, Shenyang, Tainan, Taipei, Tokyo, Wuhan, Xiamen, and Xian. In Europe, he has concertized in the cities of Berlin, Dublin, Hamburg, Novgorod, Prague, and Venice, with additional concert engagements in Germany, the Czech Republic, Montenegro, and Serbia. He has presented concerts throughout the United States and Canada, and in the summer of 2008 he will travel to Buenos Aires to perform, teach and adjudicate for Teachers del Norte-Pianists del Sur, a project sponsored in part by the United States Embassy in Argentina.

In high demand as a teacher, he has taught literally hundreds of master classes at universities, conservatories, music academies, and festivals throughout the world. In addition, he has presented lectures to the European Piano Teachers’ Association, the Music Teachers’ National Association, the World Conference on Piano Pedagogy, and the National Conference on Keyboard Pedagogy.

Mr. Humpherys completed graduate degrees at the Juilliard School (MM) and the Eastman School of Music (DMA), where he is currently a professor of piano and chair of the piano department. In recent years, he completed appointments as Visiting Professor of Piano at the University of Michigan and at Yonsei University in Korea. He has traveled to the Czech Republic three times as a faculty member of the South Bohemia Summer Music Festival. During the summer of 2007 he taught at the Chinese-American International Piano Institute, associated with the Sichuan Conservatory of Music in Cheng-Du, China. He has recorded a wide variety of repertoire on compact disc, and has been featured in live broadcasts of performances on affiliates of PBS Television and National Public Radio.