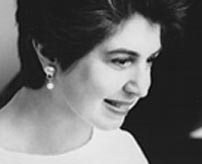 Pianist Ann Schein has been thrilling audiences since her sensational first recordings for Kapp Records and her highly acclaimed Carnegie Hall debut, launching a career which has earned her praise in major American and European music centers and in more than 50 countries around the world.

With soprano Jessye Norman, Ms. Schein has toured in major cities of the United States in addition to a tour of Brazil. The pair can be heard on a release from Sony Classical in early songs of Alban Berg.

In addition to her many performances in recital, concertos, and chamber music across the United States, including recent appearances in Canada and Iceland, she gives master classes and lectures as well as serving as an adjudicator in major music competitions.

From 1980 to 2000 she was a member of the piano faculty at the Peabody Conservatory in Baltimore. She has been an Artist-Faculty member of the Aspen Music Festival and School since 1984. During the summer of 2005, she opened the series of the complete Beethoven Sonatas performed by members of the piano faculty, in addition to performances of the Brahms g minor Piano Quartet with Earl Carlyss , Darrett Atkins, and Sabina Thatcher, and the Violin and Piano Sonata of John Corigliano with Herbert Greenberg. For the next two summers, she has been selected to receive the Distinguished Teacher’s Chair at the Aspen Music School established by Victoria and Ronald Sims.

In August, 2005, she performed the Fourth and Fifth Concertos of Beethoven with the Santa Fe Symphony with Stephen Smith conducting, followed by chamber music performances, teaching, and master classes at the Blossom Music Festival in Cleveland.

Her recording of solo piano works of Schumann was released in 2001 on the Ivory Classics label to outstanding critical acclaim in the United States, Europe, and the Far East. A new recording of the Chopin Preludes and the B minor Sonata will be released by MSR Classics in October, 2005.