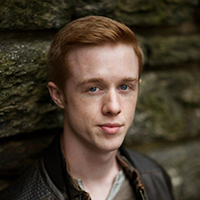 A native of Los Osos, California, and the First Prize Winner of the 2011 Arthur Fraser International Concerto Competition, pianist Zachary Hughes has been captivating audiences with his musical empathy and nobility. He has studied with Ann Holler, Fabio Parrini and Chih-Long Hu, and is currently pursuing his Bachelor of Music degree in Piano Performance under the guidance of Jerome Lowenthal at The Juilliard School.

Both as soloist and collaborator, Hughes appears at a variety of venues, performing a diverse range of repertoire. He has performed concerti with several orchestras, including most recently the South Carolina Philharmonic, and has given solo performances in cities such as New York, Kyoto and Paris. In addition, Hughes is a Gluck Community Service Fellow at Juilliard, allowing him to share music in interactive performances at community care centers around New York City.

In his free time, Hughes enjoys poetry and racquetball.