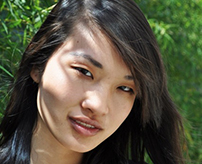 Acclaimed as a pianist with "astounding musical authority" (Columbia Free Times), Susan Zhang made her orchestral debut at the age of twelve with the Augusta Symphony. She has also been featured as a soloist with the South Carolina Philharmonic and the Atlanta Symphony Youth Orchestra. In addition to having performed in numerous venues across the United States, Susan has also concertized internationally.  In July 2011, she gave a solo recital at the Qingshan Theatre in Wuhan, China, and her performance was featured on the Wuhan local news. In January, 2012, Susan went on a concert tour in Caracas, Venezuela, performing in the city’s famous El Cerrito and the Escuela de Música Mozarteum.

Susan has participated in prestigious music festivals, including Pianofest in the Hamptons (NY), Banff Piano Master Class (Canada), Burgos International Music Festival (Spain), Brevard Music Center (NC), and the Southeastern Piano Festival (SC).  In the summer of 2012, she was invited to return to the Southeastern Piano Festival to perform as a guest artist in the festival’s Tenth Anniversary Piano Extravaganza.

Susan has worked with many renowned teachers, including Enrico Pace, Natalya Antonova, Boris Slutsky, Antonio Pompa-Baldi, Joseph Rackers, Ursula Oppens, and Robert McDonald.  Susan received her Bachelor of Music degree from the University of South Carolina under the tutelage of Marina Lomazov. She is currently pursuing her Master's degree in Piano Performance and Literature with Enrico Elisi at the Eastman School of Music, where she currently holds a teaching assistantship.