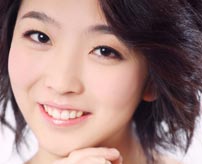 Born in Rochester, New York, 23 year old American pianist Claire Huangci astonishes all who hear her perform. Legendary pianist Vladimir Krainev has dubbed her the pianist with “the fastest fingers in the world.” Coming from a family of scientists, Claire received a grand piano for her 6th year birthday present. After exploring the instrument herself in the first year, she was enrolled into Settlement Music School of Philadelphia when she was 7. And in the same year, she was featured on FOX news as a child prodigy with the skills of a professional pianist.

The 2007 season represented a milestone in Claire’s career. She made her first appearances in Europe with solo performances in Herkulessaal die Residenz in Munich, Frankfurt, and in the Salle Cortot Hall of Paris as well as concert appearances with National Philharmonique du Maroc, China Philharmonic Orchestra under Maestro Shi Shucheng, and the Suedwestdeutsche Philharmonie Konstanz Orchester.

The 2008-2009 season brought Claire in numerous solo and concerto performances to various venues in France, Germany, Austria (Vienna Konzerthaus with the Vienna Chamber Orchestra and Salzburg Mozarteum) America (Sarasota Asolo Theater and Carnegie Hall among others), Poland, Switzerland, Japan, and China. Recent orchestral performances have enabled her to work with conductors such as Rossen Milanov, Ariel Zuckermann and Vladimir Fedosseyev. She also appeared in many festivals including Auvers sur Oise, Musique Menton, Bad Kissingen KlavierOlympiade and Sommer Festspiele, Festival Annecy, Chopin Duszniki Festival, Leipzig Euroarts Festivals, Schwetzingen MusikFestspiele, Mainz Music, and Hamptons Music Festival. She also participated in the 2009 Verbier Festival and Academy, studying with Professors Bashkirov and Kovacevich. In May 2009, she gave a solo tour in Israel and was the guest star of the popular Israeli TV show ‘Intermezzo’.

In addition, Claire debuted at the Zurich Tonhalle Grosser Saal with the Moscow Radio Symphony Orchestra under the auspices of the Orpheum Foundation and the St. Petersburg Hermitage Theater with the St. Petersburg Symphony. At the 2009 European Chopin International Competition in Darmstadt, Claire was awarded with the first prize as well as the prize for the best performance of the polonaise. As a result of the prize, she will perform in many Chopin societies and festivals throughout Europe. She has been heard on numerous radio stations across the globe including WQXR, Suedwestrundfunk, Bayerischer Rundfunk, Suisse Romande Radio, ORF Austria, CCTV China, KBS Korea, NPR Performance Today, and NHK Japan. In February 2010, a video profile of her will be released on the Deutsche Welle TV program.

The upcoming season will present Claire in venues and festivals, such as a return visit to Paris Salle Cortot, Karlsruhe Konzerthaus, NYC World Financial Center, Geneva Palais Athenee, Lyon Salle Moliere Frankfurt Hessischer Radio recital broadcast, Bregenz Festspielhaus, Menuhin Festival Gstaad, Antibes Generation Virtuoses Festival in France, Nomus Festival of Novi Sad, and a return to Poland for the 2010 Chopin Duszniki Festival, as well as tours in America. She has also been given the honour of performing the opening concert at the Shanghai EXPO with Stuttgart Radio Symphony Orchestra and Sir Roger Norrington in May 2010, as part of the orchestra’s Asian tour, with additional concerts in Macao and Beijing’s National Theater of the Performing Arts. From October to November 2010, Claire will perform in two extensive tours: Rachmaninov Paganini Rhapsody with the Animato Philharmonie Orchester and Maestro Howard Griffiths, and Chopin Concerto No, 1 with the Deutsche Streicherphilharmonie and Maestro Michael Sanderling. She will also perform the opening season concert with the Brandenburgisches Staatsorchester Frankfurt.

In 2009 and 2010, the Masterclass Media Foundation released two international DVDs with Stephen Kovacevich and Emanuel Ax in which Claire was featured as a participant.

Most recently, in February 2010, Claire Huangci was awarded with the 1st prize as well as the special prizes for performances of mazurka and polonaise at the 8th National Chopin Competition held in Miami, Florida.

Claire is supported with scholarships from DAAD as well as Deutsche Stiftung Musikleben for the past two years. Having completed four years of study at The Curtis Institute of Music, Claire is continuing her music education in Germany at the Hannover Hochschule für Musik under Professor Arie Vardi from October, 2007.