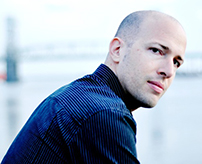 Italian pianist Paolo André Gualdi has played recitals in Europe, Brazil and the United States, both as a soloist and chamber musician.  He has appeared with numerous orchestras including the Atlanta Philharmonic, Georgia Philharmonic, Wilmington Symphony, Florence Symphony, and the Universidade de Caxias do Sul Symphony Orchestra.

Gualdi began studying piano with his father at the age of five, and continued at the Conservatory of Santa Cecilia in Rome, Italy.  He earned his Piano Diploma with highest honours at the Conservatory Arrigo Boito in Parma.  While in the U.S., he earned a Masters Degree at Carnegie Mellon University, and a Doctorate of Musical Arts at the University of Georgia.  He worked extensively with Carlo Dominici, Roberto Cappello, Enrique Graf, and Evgeny Rivkin and took part in master classes with György Sandor, Earl Wild and Menahem Pressler.

Gualdi has won the top prize in several piano competitions, including the “De Martino Award” at the Ibla International Piano Competition and the First Prize in the 15th Bartók-Kabalevsky International Competition.

He regularly gives master classes and lectures nationally and internationally at universities, conservatories and other music institutes.  He is currently Assistant Professor of Music at Francis Marion University and founder and artistic director of the South Carolina Chamber Music Festival.