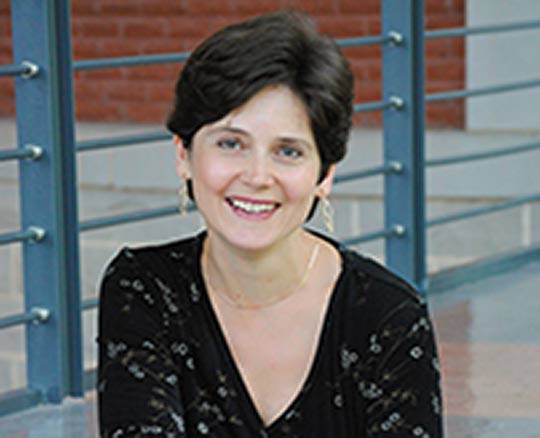 Now entering her six year as the second pianist for the Arthur Fraser International Piano Competition concerto performances, Inara Zandmane was born in the capital of Latvia, Riga and started playing the piano at the age of six. Ms. Zandmane holds BM and MM from Latvian Academy of Music, MM in piano performance from Southern Illinois University at Carbondale, and DMA in piano performance from the University of Missouri at Kansas City. She has been the staff accompanist at the University of North Carolina at Greensboro since 2003, performing up to fifty recitals per year. Ms. Zandmane is frequently invited to serve as an official accompanist at national competitions and conferences, among them the North American Saxophone Alliance conference and the MTNA National competition since 2005.

Ms. Zandmane has been presented in solo recitals in St. Paul, Kansas City, Cleveland, St. Louis, and New York, as well as in many Republics of former Soviet Union. In April 2000, she was invited to perform at the Glenn Gould Studio in Toronto. Ināra Zandmane has appeared as a soloist with the Latvian National Orchestra, Liepāja Symphony, Latvian Academy of Music Student Orchestra, SIU Symphony, and UMKC Conservatory Symphony and Chamber orchestras. She has performed with various chamber ensembles at the International Chamber Music Festivals in Rīga, Vilnius, Tallinn, Helsinki (Finland), and Norrtelje (Sweden). Ms. Zandmane has collaborated with such musicians as Martin Storey, Paul Coletti, Michel Debost, Kelly Burke, Steven Stusek, and Susan Fancher.

For a few last years, Ināra Zandmane has worked together with Latvian composer Pēteris Vasks. She has given Latvian premieres of his two latest piano pieces, Landscapes of the Burnt-out Earth and The Spring Music, and recorded the first of them on the Conifer Classics label. Solo recordings include the piano works by Maurice Ravel, recorded together with her husband, Vincent van Gelder, and the complete Sonatas for piano by Alexander Scriabin. She also can be heard on various chamber music CDs.