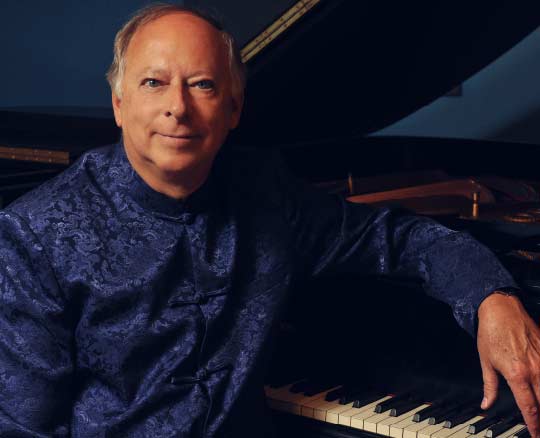 Barry Snyder is an internationally recognized pianist and teacher. Winner of three major prizes in the 1966 Van Cliburn International Competition (silver medal, Pan American Union and chamber music), he has traveled throughout the United States, Europe, Asia and South America performing and teaching. His repertoire ranges from Baroque to twenty-first century works with a number of first performances and works written specifically for him. Equally at home with solo and chamber repertoire, Snyder has worked with such conductors as David Zinman, Robert Shaw Charles Dutoit and collaborated with people like Herman Prey, Jan deGaetani, Zvi Zeitlin and Sylvia Rosenberg. Barry Snyder graduated from the Eastman School of Music with bachelor’s and master’s degrees, Performer’s Certificate and Artist Diploma in Piano. His most influential teachers included Wilbur Hollman, Vladimir Sokoloff and Cecile Genhart in piano; Brooks Smith and John Celentano for collaborative and chamber music. His performances have been recorded on 50 CD’s to date. Sampling recordings include the complete works of Stravinsky for violin/piano with Zvi Zeitlin; complete Faure cello sonatas with Steven Doane; complete violon/piano works of Schubert, Schumann and Brahms with Asako Urusihara. Barry Snyder has been Professor of Piano at the University of Rochester’s Eastman School of Music since 1970. He is listed in the book “The Most Wanted Teachers.” Snyder was a founding member of the Eastman Trio. Recent activities have taken him to China, Japan, New Zealand, Australia and Indonesia for concert tours and masterclasses.